ADAPTATION OF THE UNDERGROUND METRO "A" - METRO "B" - ROME JUNCTION 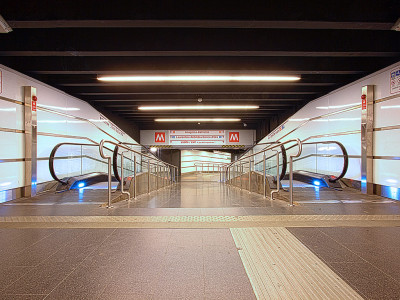 The adaptation of the Termini underground junction, namely of the junction between the Line A and the Line B of the Rome underground, consists of the improvement and overall strengthening of its functional and performance features.The works envisaged include the modernization and upgrading of the station and safety systems, the elimination of all architectural barriers, the creation of works that increase the potential for exchange and the improvement of the flow distribution, also in order to facilitate the evacuation in case of emergency, as well as the redevelopment of the interior areas and of the Cinquecento square above. From the technological point of view, the project involves the installation of a series of system equipment, such as smoke extraction stations, air curtains and extinguishing systems, which, together with the use of fire resistant construction materials and elements, allows full compliance with fire regulations in force.