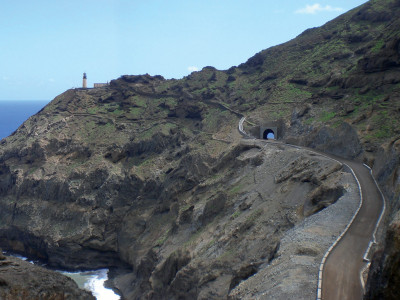 Construction of a fully paved road that connects the city of Porto Novo to the city of Janela. The carriageway has a width of 6.0 m, side shoulders of 0.5 m and a length of 22.7 km. The body consists of a foundation with a thickness of 20cm, of a 10cm layer of sand and a layer of roller track in pavé. In consideration of the high potential instability of the rocky walls engaged in such section and in order to mitigate the risk of interference and damage to several houses, sometimes in precarious stability, following the opening of the trenches foreseen in the original track project, two resolutive underground works have been introduced in the Variant: the Farol Tunnel (L = 228m) and the Janela Tunnel (L = 340m) both made using the traditional technique of drilling and blasting.